3 is an awesome number.  It’s our favorite score in golf (always a par, birdie, or eagle), the number of the greatest player in baseball history (Il Bambino, George Herman Ruth), the time of day that happy hour starts at the primatomma offices, and the number of days until the Eagles reach Vindication Day!  Like you, we’ve seen every Eagles’ hype video and every comparison to Rocky possible.  All we can say is “keep ’em coming”! The energy is palpable and the mojo is heavily in the ‘Birds favor as Vegas is a great indicator of rooting interest (HEAVY action on the Eagles).

This diminutive running back is the epitome of why Philadelphians love their Eagles.  Only 5’8″ and slightly regarded coming from then Division 1AA (now “NCAA Division I Football Championship Subdivision” … don’t ask me why) Villanova, Westbrook played larger than most of his contemporaries.  Westbrook played 8 hugely productive seasons for the Birds, and did just about everything.  He returned kicks and punts, ran the rock with aplomb, and was arguably the greatest receiving running back in NFL history.  B-West resides among the legends in the Eagles Hall of Fame and his underdog grit translates perfectly to the nature of the 2017 NFC Champions. 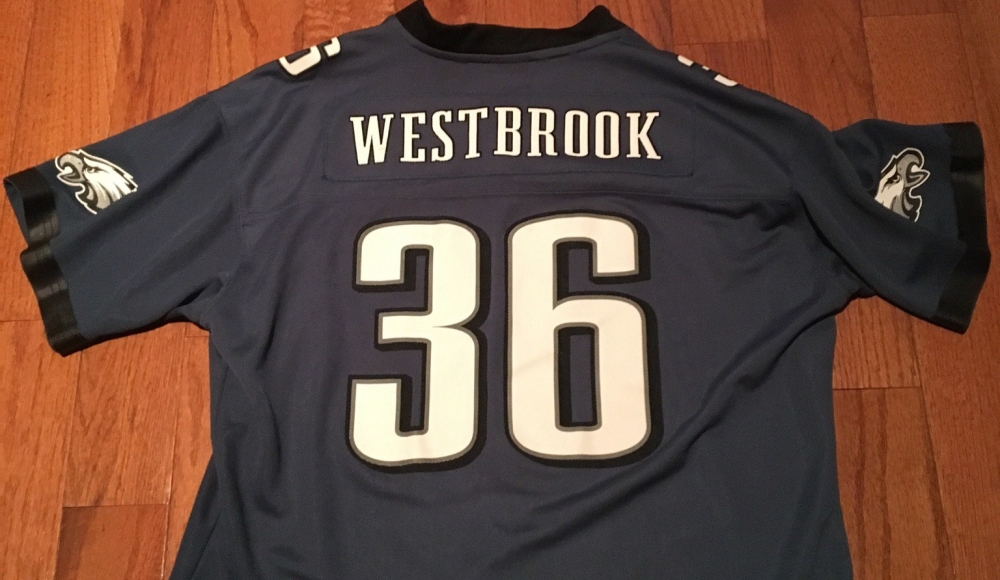 We take a respite from the X’s and O’s to call attention to a sign from the Ether pointing to certain Eagles’ victory in 3 days.

Jerome Brown was destined to be an all-time great defensive tackle for the ‘Birds when his promising career was cut short by a tragic car accident.  Brown was just 27 years old when his life ended far too soon, just entering the prime of his career – all 5 seasons of which with the Eagles.  He was Warren Sapp and Fletcher Cox wrapped up in one.  Buddy Ryan famously quipped, “if you had 45 Jerome Browns, you would win every game.”

Here’s the connection to Jerome and this Sunday that cannot be ignored (credit to primaLerry) … brace yourself:  This Sunday is Super Bowl LII (that’s 52 for you non-Googlers – as NOBODY understands these woe begotten Greek numerals).  This Sunday is Jerome Brown’s birthday.  Guess what year of his life he would be completing? (Hint:  It’s the same as the number of NFL seasons this Sunday’s Super Bowl concludes.)

Until tomorrow… the time is yours.